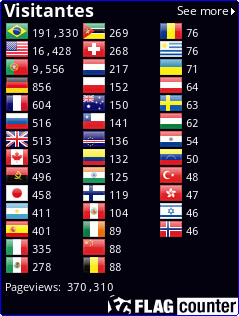 Jesus fulfilled the Law of Moses on the Cross or the Messianic Prophecies? 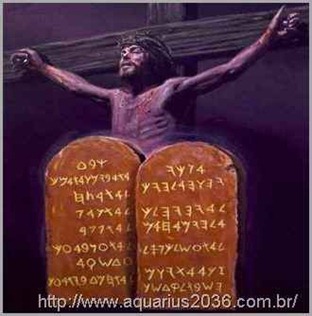 Moses' law on the Cross

Today many people say clearly that Jesus fulfilled the law of Moses on the cross, are diverse communities and believers who have come to see as well, such facts five years now, which is nevertheless good, to the point such community have abandoned certain concepts and their fascinations by the Old Testament.

Bad this movement took the initiative of a video mine, which formed the basis for other other Christians on the same theme: "Jesus abolished the law of Moses?". This my video was very successful here as in the United States, where he made a great revolution in theology from there. Thank God.

Bad as the material was a summary and I had to submit an idea within a limited time for music, some just exemplified issues were taken absolutely by many to which realized over time, causing this belief, that Jesus fulfilled by we the law on the cross. Here just fix this by taking a real sense of the word Jesus.

The Old Testament revoked by Jesus

I just as Jesus said played the "good land", receiving the "good seed" and bears much fruit. Of course, the video I added some of my things, as the issue of "the law" confused by Martin Luther. The video is this on you tube: Jesus abolished the Law of Moses? - YouTube.

As I had problem on Youtube, here is the link of the same video, bad with audio: The Gospel of Jesus Christ or Moses' law on Vimeo.

But here we get to it!

In the video, as the fulfillment of Jesus in the law than was referring to himself, I left the example of the cross (Mark 15:27, 28), and this was taken as the unanimous view of the matter, for many Christians.

The Messianic Prophecies in Laws 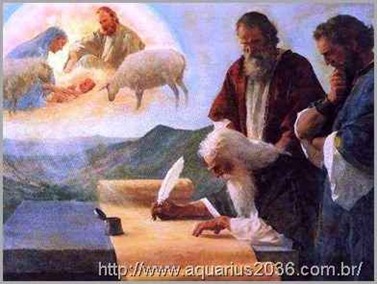 As I explained, was a limited vision to which many have come to believe as absolute, the more correct view is; when I mentioned that he fulfilled what the law referred to himself only he claimed that he came to fulfill what the prophecies spoke of him in the past, namely; the "messianic prophecies".

That is true intepretaÃ§Ã£o the words of Jesus, even more than the laws of Moses were cruel, as in the case of "an eye for an eye and tooth for a tooth" and "stoning of homosexuals and women commit adultery." Why say that Jesus fulfilled for us the law of Moses on the cross is a real sacrilege and admitting sins to his person in his messianic mission. And even more, according to the view of many that, that in order to be worthy before God, should in any way be fulfilled such a law, which in this case; It was for Jesus in our place.

Come on: "And he said unto them, These are the words that told you yet being with you:. That must be fulfilled all that were written in the law of Moses and the Prophets and the Psalms" (Luke 24:44). Similar in (Luke 24:27)

- As we see "all were written" as happened to the last useful, and as we see below other facts that were fulfilled with him and not only the passage on the cross to which sample left and that many have come to see in a limited way.

"All this took place to fulfill what was spoken of the Lord by the prophet, saying, Behold, a virgin shall conceive, and bear a son, and call it will name Emmanuel, which being interpreted is : God with us." (Matthew 1: 22-23)

"They said to him, In Bethlehem of Judaea: for thus it is written by the prophet" (Matthew 2: 5)

"I began to say to them, Today this scripture is fulfilled in your hearing." (Luke 4:21)

"That it might be fulfilled which was spoken by the prophet Isaiah, which says:. He has borne our infirmities and bore our diseases" (Matthew 8:17)

"I speak not of you all: I know whom I have chosen: but that the scripture may be fulfilled: He that eateth bread with me hath lifted up his heel against me." (John 13:18)

"And when they had fulfilled all that was written of him, taking him down from the tree, and laid him in the grave;" (Atos13: 29)

So; facts that have occurred since his birth, life, works, death and resurrection, and which were foreseen described in the Laws of Moses and the Prophets and the Psalms and it came true as stated by various passages of the gospels.

Fulfill the Law and the Prophets 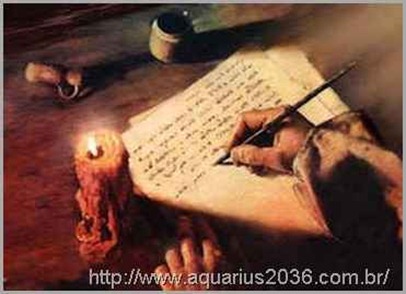 Therefore; when Jesus said enforcing the law and the prophets, he just testified that the prophecies of the Messiah were complying with it, therefore; he was the true sent. When the gospels always use the term "law" is referring to the law of Moses, which was an amalgamation of human laws (ceremonial and civil), with the divine laws (10 commandments).

The ceremonial laws are characterized by ritualistic beliefs and ordinances, and the civil laws were the nationalist civil rules that change over time in accordance with the development of peoples. As in the case of stoning adulteresses women in a more developed society follows more rational and juristic other ways.

Only the Messianic prophecies is that he fulfilled until the last tilde in their mission. And even that which was divine, as in the case of "thou shalt not kill" he perfected "stating that we should not even be angry with a brother." The divine laws he fulfilled them in his example of a person and prophet, and sanctioned as rules, ace perfecting for a new time, summarizing them in two.

Supporters of the law 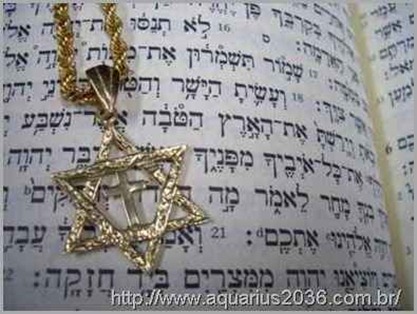 It is very normal to find philosophical purists in the scriptures defend the law as "good" (1 Timothy 1: 8), as Paul said; and of course it was good; for the development of those little souls on the understanding that still need only milk instead of solid food at that time. (Hebrews 5:14).

And such resistance the release of the law found among Messianic Jews by their attachments, not yet liberated definitely Judaism because they believe in the gospel and accept him as the true Messiah, evil still circumcise his son and follow other rituals of the works of the law .

"You have become estranged from Christ, you who attempt to be justified by law;. You have fallen from grace" (Galatians 5: 4)

"Christ redeemed us from the curse of the law by becoming a curse for us: for it is written, Cursed is everyone who hangs on a tree;" (Galatians 3:13)

- And so it is only natural many assert; sometimes; then Jesus abolished the law, means that now I can kill and commit adultery?

Of course not; for if you kill, steals, commits adultery and envy his fellow; you violate the law of "love of neighbor". Remember: The Universalism of things

There is no way to follow the Good News without accepting the differences, even though there are adults, no need to exist in the world adolescents and children. Why some people in your smallness spiritual vision, try to purchase credits or help Christ, with his ambitions in saving souls, trying to convert everything and everyone without regard to the limitation of such person in the following other ideas. It ends up being more harm than good because it is nothing more than madness and fanaticism and the violation of people's consciousness is nothing more than a lack of charity.

Every child will become adult one day, and dictator; It is to want to meet the stages of experiences and discovery that this infant stage the soul must pass, to make it want? adult of a sudden. Who does that violates aa law of God, for it is the law of progress is for everyone.

Jesus in saying that not come to destroy the law, gave this example; because otherwise we could say of himself, which would have given order to own Jewish religion.

But no; the sanctioned as a pedestal where many souls you would use as a school for their improvements and that even her good fruits take advantage, so he uses the term in the apocalypse "say they are Jews and are not" (Revelation 2: 9). For every religion has its good fruit as bad. So to complete and finish; Jesus fulfilled the law for us on the cross?

Jesus only fulfilled the messianic prophecies and sanctioned what was divine the use of more current form for your good news. Simply because the largely law of Moses were human and even led to prejudice, sexism and even murder (Romans 7: 5).

Therefore; The Gospel is nothing more than a review of the old law, only without the ordinances of human origins. I hope now everything is clarified and corrected for many this view. Hugs !

Figueira remains Israel or the Church?

Israel - The Rebel Nation Whose God is not the Lord !

Faith and works are the Rules of the Gospels?

The Gospel of Martin Luther